The Girl From East Berlin 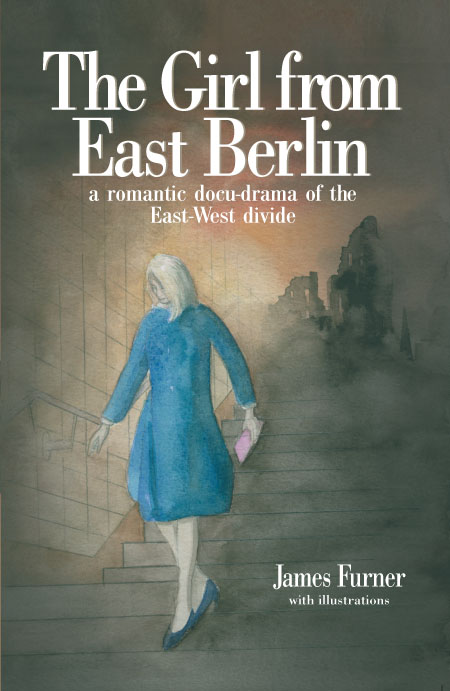 About The Author
James Furner is a journalist and writer who for many years has worked in international commerce and engaged his energies in social issues. Under the pseudonym of Eddie Miller, he wrote My Conflict With A Soviet Spy the story of the Ron Evans spy case, recording his adventures in Finland in the mid-1960s, and some twenty years later, under the name of Geoff Carter, he wrote, Death In Riyadh dark secrets in hidden Arabia, describing his experiences as a businessman in the Gulf States. Under his real name, Robert Corfe, he is the author of several specialised political science titles.

This is a realistic drama on an epic scale, set in Berlin immediately prior to the building of the Wall, which was to divide the city for three decades. Packed with humorous observations, it is a poignant story of true love intercepted by the political conflict and intrigues of the East-West power blocs.

In retrospect it takes the form of a historical novel of the most authentic type: i.e. not based on an imaginative reconstruction of the past, but drawing on detailed diary entries, and the author’s immediate report of strongly felt personal events, resurrected for publication after a period of almost 50 years.

Few novels appear on such a grand scale as this: what begins as an inauspicious chance meeting in an East Berlin art shop leads to an adventure exploring the many social and psychological aspects characterising the division of a great European capital. It is an encyclopaedia of the soul of a city; unlikely again to be described so comprehensively or in such depth.

It is as much a political novel as a love drama, especially in so far as the former impacts so heavily on the outcome of the latter. For all these reasons, the question has to be asked: if the 10 greatest true love stories of the 20th century were to be listed, then would this need to be included amongst their number?

Perhaps most striking is the immediacy of its style in describing characters and events, for this contributes a compassion and authenticity more reminiscent of a memoir than a work of fiction.

Is this book more correctly described as a novel or reportage? Only the reader can decide. The fact remains that this is a new and exciting literary genre, developed for most vividly telling a story which has to be told.